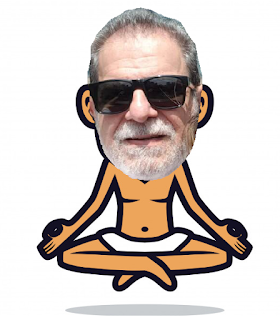 This is the seventh (and last?) test on the topic!

The academic series is finished!

There were sets of 10 Points for each level!

62. To know what song Jim Carey interpreted in the compilation 'In My Life'

64. To know which was the first Buddy Holly song recorded by The Beatles

65. To know which song the Beatles recorded with Tony Sheridan

66. To know the meaning of the beige Beetle license plate on the cover of Abbey Road

67. To know in what song it's said: I'm sitting here, doing nothing but aging

68. To know which film Spielberg produced with the Beatles as a theme

69. To know what the Beatles most often cited in songs: men, women, animals or places

70. To know how to continue the song that starts with 'Close your eyes and feel ... "

Due to the expected cold and wind, they went to department stores to buy women's socks, to cover the microphones and lessen the effect of the wind. It was interesting what they sad when the clerk asked about the size of socks they wanted: "Whatever!".


More about the Rooftop Concert, on this link


62. To know what song Jim Carey interpreted in the compilation 'In My Life'


He interpreted “I Am The Walrus”

That song is one of my Top Five Beatle Songs, John's virtual hallucinogenic trip. Vigorous, tuned, fun, magnificent interpretation, full of bass, treble, and falsetto, in an identical arrangement to the original, with all the Hoo Hoo Hoos and Haa Haa Haas, fundamental point of the music. I'm sure John didn't roll over at the grave when he heard the new version. He would have approved it, with a smile!


More about the collection 'In My Life', by George Martin, on this link

Excerpt from the post: "A point to stand out is also the firm and constant presence of 'Bongo', as Morecambe called Ringo, mocking him, and the other 3 Beatles did not like that at all. And notice the stage where he is, over a platform, this is a configuration that he invented, raising the status of the drummer, a figure that is usually hidden. "


More about the Beatles show at Morecambe & Wise, on this link


64. To know which was the first Buddy Holly song recorded by The Beatles

The first time John, Paul, George Harrison and Pete Best (the then drummer) went into something like a studio, to record something like a record, they did it with "That'll Be The Day", one of the biggest Holly's hits. It was a low-quality acetate, whose Side B had a composition by Paul and George, called "In Spite Of All The Danger", the only McCartney / Harrison in history, which, however, never saw the light of an official recording.

More about Buddy Holly and his influence on the Beatles, on this link


65. To know which song the Beatles recorded with Tony Sheridan


Brian Epstein decided to leave his record store at lunch to see  a band he had heard on a record, backing Tony Sheridan, who had a certain projection, singing the waltz "My Bonnie" in a rock rhythm, liked the sound, more from the support band, called 'The Beatles', than from the star himself. He arrived at The Cavern Club and heard John and Paul dominate the stage, George with great guitar solos, and Pete Best on drums, but mostly, he was impressed by their charisma, especially from the two frontmen. It was November 9, 1961. A month and a day later, he proposed to manage them in exchange for 25% of the income, they accepted and started the battle for a record company.

More on The Beatles beginnings, on this link


66. To know the meaning of the Beetle license plate on the cover of Abbey Road


It is part of the legend 'Paul is Dead'!

On the cover of Abbey Road there is a VW beetle parked on the left side. Its license is LMW 28IF, which, of course, means:

Paul would be 28 years old, IF he were alive

It should be noted that the ‘I’ of the ‘IF’ is actually the number ‘1’, like any good license plate on that British miserable weather island. Or, also forget that Paul, if he were alive, would not have turned 28 yet, but, yes, it was 28th of his life ...

More about the legend, here, at this link.

67. To know in what song it's said: I'm sitting here, doing nothing but aging


It is an alternate version of "While My Guitar Gently Wheeps". I heard it on Anthology 3, in a take that went no further, in which a brilliant complement appears, see if you agree: ‘While I’m sitting here, doing nothing but aging, still my guitar gently wheeps’. It was this version that George Harrison sang in 1992's Live in Japan.

More about this show, in this link

68. To know which film Spielberg produced with The Beatles as a theme

A sensational film that went unnoticed. It was the first film produced by Steven Spielberg, and it was directed by his most famous disciple, Robert Zemeckis (who would later fly with the saga 'Back to the Future'), and it shows some very special days in New York life, those that lead up to the Beatles' first appearance on the Ed Sullivan Show, a landmark of American TV, the largest audience in history so far, on February 9, 1964! Great fun! Incredible that he did not have box office enough to pay its cost!

Some more Beatles-themed films, here on this link


69. To know what the Beatles most often cited in songs: men, women, animals or places


There were Localities, with 48 occurrences, then Men with 47, Animals with 32, and finally Women with 25!

How do I know this? I COUNTED THEM!!! See how, here on this link!


70. To know how many times Paul McCartney released an One-Man-Band Album?


There were 3 albuns were Paul played everything, or almost! First, McCartney, 1970, then McCartney II, 1980, and finally, Chaos and Creation in the Backyard, 2005.

More on this album here, on this link